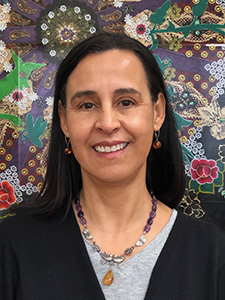 Norma Iglesias Prieto is a transborder scholar with an interdisciplinary education (B.A. in social anthropology, M.A. in communications, and Ph.D. in sociology). She is co-founder of El Colegio de la Frontera Norte (Tijuana, 1982) and she became a faculty member of CCS in 2000. She has more than 40 years of academic experience in cultural studies on the U.S.-Mexico border, emphasizing identity, gender, art, and mass media (particularly cinema). Dr. Iglesias Prieto’s recent scholarship draws on the creative potential as a mechanism to resist oppression and express human dignity, as well as on the role of the arts in reconfiguring the social fabric. She developed the concept of borderism to understand the different meanings of border experiences and practices. She is the author of five books, among them Beautiful Flowers of the Maquiladoras (1985/1997) and Emergencias: Las artes visuales en Tijuana (2008), 14 articles in academic journals, 25 chapters in refereed books, 10 chapters in art catalogs, and 25 articles in cultural journals. She also co-edited two books. Her publications are in English, Spanish, French, German, and Italian.